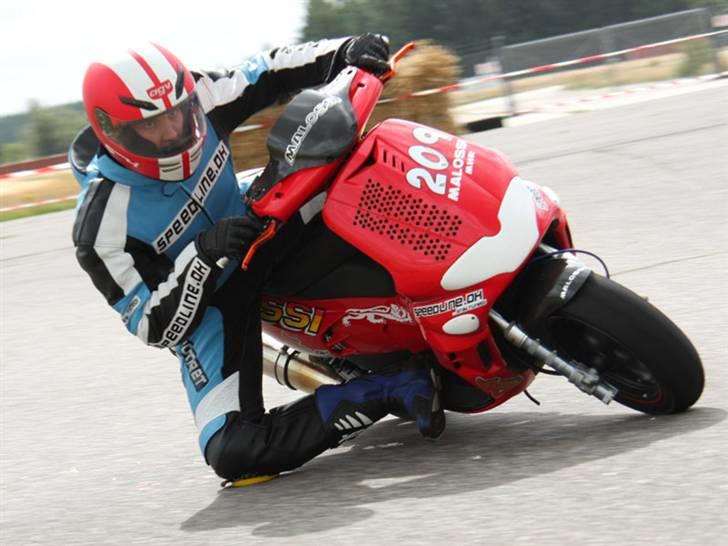 Update: 2013-05-07:
Hi all visitors, just to let you all know, I am still here to answer questions in this topic, but I am not a daily visitor. Most of the links in all of the pages are dead and the Runner is parked on its 3rd year. But when time and money comes. It will rise again, WITH licenseplate, (because you need that on the Nurburgring.
But untill then, enjoy some of the pictures in these links:
http://www.scootergalleri.dk/fotoalbum/tuningprojekter/12524-runner_paa_steroider
http://www.scootergalleri.dk/galleri/5779-gilera_runner_vx___speedline_dk
http://www.motorcykelgalleri.dk/galleri/12154-gilera_runner_vxr_mc_scooter (allmost the same as the one above)
See you around!
Velo

Update the 13. of feb. 2010
I must apoligise a lot for not keeping this thread updated, but I am glad that All you veiwers out on the net kan keep it allive and post relavant info conserning the leader engine.

That was a great experience, so of couse.
I wanted to go there again in 2009.

Before that happended.
The Runner got a red makeover:

And a better rear brake and an internal rotor from HPI.

14 days before SAWE 2009 a little (damn hard) race at Harz-ring were held.
it was a 24H endurance race.
I went there with the www.speedline.dk crew and it turned out quite well.

From Kneis (Including crash from racing planet)
http://www.scootergalleri.dk/html/vid_vis.asp?VideoID=68378

This is how it ended:

In other words, it was nice to get some practise before getting back to Lauzitsring.
Now only one problem remaned.
I had broken the crankshaft because I had been pushing the engine to hard for to long, and that had to be changed.
So two days before, I had to swop the crankshaft of the engine:

Not nice, But it turned out well.
We had a nice meeting at SAWE

Hugo (Aprilia fan) made this vid from our trip there:
[ame="http://www.youtube.com/watch?v=BgyMspVKW8A"]YouTube- Scooter attack Weekend 2009-The Movie (Killerteam Racing)[/ame]
And allso I found a picture of my self and one of the fabulous Zip racere in a magazine.
Thanks for the big fun there!

P.S. My fastest lap was 2.28 and I am planning to do it better this year.
For that I have upgraded the tyres and the rear suspension:
Front:

And this is how it looks last time pictures were taken.
Thay are taken in an event called Speedmeet Costum ( www.speed-meet.dk )
The Runner participated in the Race class.
And won third place

I hope that 2010 will bring some nice track events and some nice meetings
I look forward too see some of you guys out there and have a look on your creations.

I just wanted to show you whats cooking in my workshop.
A couple of years ago. I bought a used (1200 km) Gilera Runner VXR 182 ccm
I drove nice, got a scorpion exhaust and drove better, and sounded sweet too.

But unfortunatly 3000 km later, some old gimp drove out in front of me and I crashed the Runner...

A year went and I was back from Hospital 500+ mm of titanium stronger and with a dream about the biggest, most raciest and fastest Runner I could ever build.

So I bought it back. And then some loooong months of building and tuning began, I will let the pictures talk from now. Input, both god and bad are welcome.

Then I ordered a little bit of parts:

There is missing a 34 mm Dell'Orto Powerjet carburettor. But it didn't take me long to put it in my Leonardo 150

Now the engine was removed and taken apart.

The cylinder got mounted. (Nice 74 mm piston.) Here along with a Malossi TS piston:

The head got some TLC and some drilling and grinding. All ports are made aprox. 2 mm larger in diameter with a smooth port all the way. (According to Malossi)
The valve seats has been machined for the larger Malossi valves.
Pictures from the process:

Then time to put it all together.
Malossi Valves and springs:

Getting Mounted and adjusted:

Now the engine is ready for the frame:

To control the power and because the stock fork was bended, a new and better fork was put in the frame and a 4 piston brake kit was applied:

Body parts has been supplied to and it now resembles a Gilera Runner a bit more:

For now it is on x-mas standby. There is gifts to buy you know.
But more will follow.

Thanks for now.
Friendly
Velo

At least.
Finally I got my spec. made Bitubo's.
And I got them mounted. I am looking forward to get it out on the steet.
Enjoy the pictures:

I allso got the rest of the fearings mounted.
Incl. Aerox Brake masters and a Rew. meter.

Thanks for now.
Last edited: 7 May 2013
Advertisement - register to remove this

Looks nice, haven't seen many 4 stroke projects. Seen some of the tuning attempts here where I live but all those bikes were smoked by almost stock 180cc two stroke. Wonder what kind of power will you pull out of it.
Good luck.
A

And in the nearest futere. These parts will be ordered:

And Special made Bitubo Shock absorbers for the rear:

hey long time no see velo, nice looking bike. im not into 4strokes but for some reason i know you will make it a animal like to you aprilia was.

Nice project, how hard does it rides ?

I love the bodywork, it look like a stealth plane
L

nice project but a few things i would do to it:
paint inner panels that orange colour
take the visor off and get some downhill bars
and maybe recover seat
but its great other then that

A new seat cover is planned for the winter (I have a spare seat!)
Conserning plastic parts. It is intended for track use and not to be a looker, so it stays as it is. (for now atleast)

I haven't realy driven it yet since it is to illegal for my liking and the setup isn't right yet. But it will come soon enough. I know a two stroker will be faster and have higher power, but the four stroker is easy'er to control in cornering.

I am looking forward to the SA scooter weekend 2008, and if there is other big meetings in 2008, I would be glad to participate in them.


How much was the cilinder?

Huib said:
how many horsepower?

I don't know yet and I can't remember.
It has all in all only been running for 25 min. so far.

Powering up when on pit stand, it pulls hard with 9200 rpm and when it hits 11500. Hell brakes loose. But unfortunetly. A bearing in my waterpump didn't want to play along.

Now I am awaiting my parts from scootercenter and my 900€ spec. made hose piggiback bitubos.

love this one! looks very sick

Now I am just waiting on Scootercenter, summer and a new waterpump.

very nice project....
i dont like runners that much,but this one seems to be a nice one....especially the engine...its not that as easy as the 2T engines....

Year I admit. It is harder and more expensive to tune than the two strokers. But the torque and the sound is impressive.

The silver Chrome Malossi stickers comes with the tune-up parts.